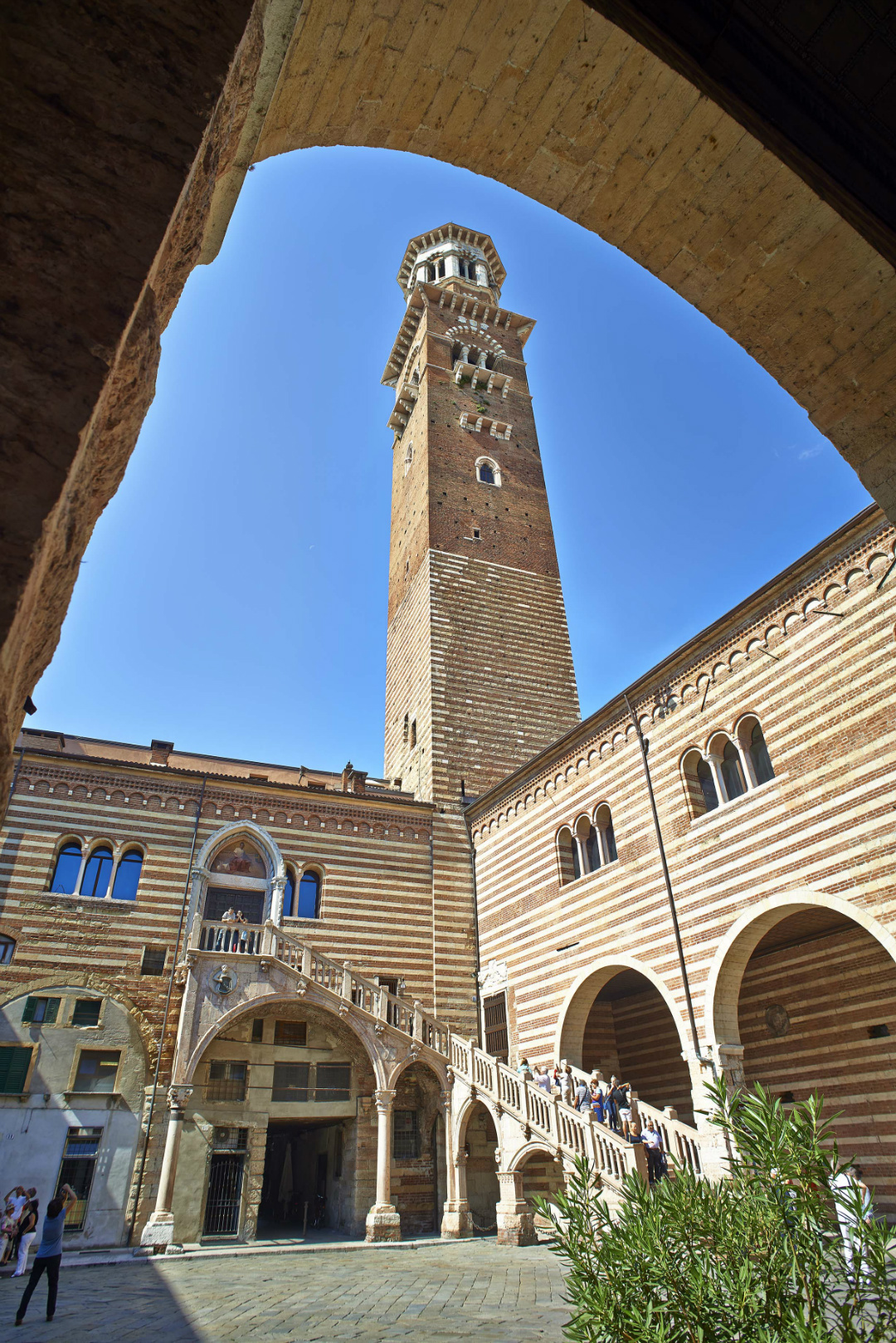 The Galleria d’Arte Moderna di Verona is based in Palazzo della Ragione, a historical palazzo of the City Council situated between the suggestive Piazza delle Erbe and Piazza dei Signori, and reopened to the public in 2014. The exhibition itinerary – which features 140 works of painting and sculpture – is designed to valorise the corpus of the Achille Forti Civic Collection. Through the four exhibition rooms on the piano nobile, the display sets out to narrate the developments of art in Italy from 1830 to 1960: from the ideals of freedom expressed in the metaphorical languages of Renaissance painting, to the energy released by post-WWII abstract experimentations. A gem within the palazzo is the Cappella dei Notai chapel, a Renaissance masterpiece with a beautiful decorative cycle added between the 17th and 18th century.